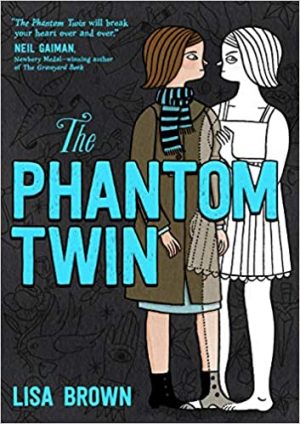 Conjoined twins Isabel and Jane working a sideshow until a surgeon tries to separate them. The operatin fails and Jane dies. Isabel can still see her though; she’s a ghost who’s always with her sister, no matter what.

Isabel tries to get used to her prosthetic limbs as she finds a new way to make a living. She no longer fits in with the other members of the sideshow, but when she goes to a tattoo parlor with the tattooed lady, she meets an artist who thinks she’s pretty great. A romance develops. He gives her prosthetics which help her to create a new act. All doesn’t go according to plan, though it wraps up nicely.

Brown’s other books include Goldfish Ghost by Lemony Snicket and Long Story Short, in which she retells classic books in three panel comic strips. 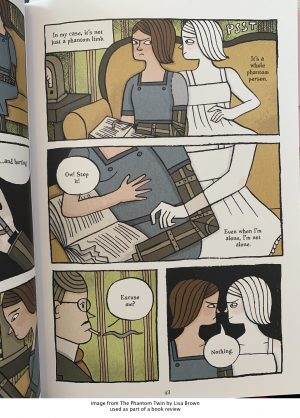